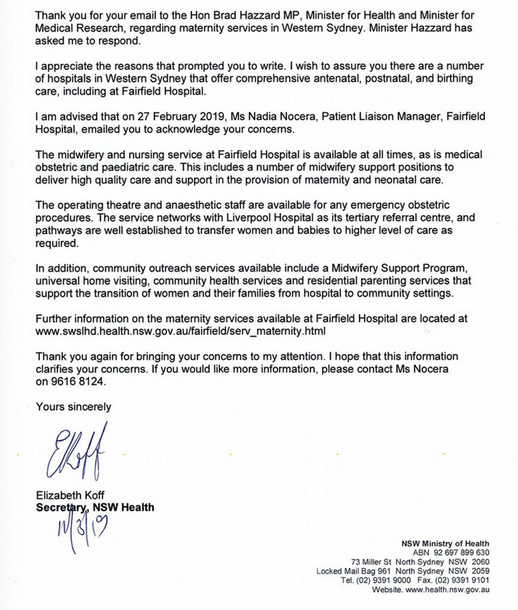 To us, this is almost scary.

To us, those in charge at Fairfield Hospital who, when a couple came to it for help in having a baby, deemed that everything else in the hospital should have a higher priority than helping them, so that they had to deliver it themselves and the baby died, SHOULD BE IN GAOL FOR MANSLAUGHTER. And Minister Hazzard is contacted asking if anything about it is of concern to him, resulting in a response from Ms Koff, who appears to be Minister Hazzard’s “right hand man,” so to speak, which is JUST RUBBISH!

Four things about this are scary.

Firstly, that Ms Koff thinks that she can get away with responding with such rubbish.

Secondly, that obviously she is used to getting away with responding with such rubbish.

Thirdly, that this rubbish is good enough for Minister Hazzard.

Fourthly, that this rubbish is good enough for Premier Berejiklian.