The moment we received this last email, we felt like jumping to our feet and saluting and calling out, “Heil Hitler!” We began to have grave conerns when we read this sentence in A/Prof. Prahalath’s Tue. 24 Aug. 21, email – “The booking into public ante-natal care in a NSW Public Hospital is actually based on the family home geographical location, RATHER THAN A CHOICE!” And now this – if your family home geographical location dictates that the only NSW Public Hospital you can go to is either the one in Camden or the one in Campbelltown, the best the people in them can come up with is that a midwife will be available to support your partner during the birth of your child, in normal circumstances, but if circumstances aren’t normal, there may be no one available to help, (and they may as well have added, “and, as consequence, your baby dies,) these things happen. As they say, in the words of the old saying, “That’s how the cookie crumbles.”

So there you have it, readers, couples having no choice as to which hospital they can go to for help in having their baby, it being compulsory, as in a Police State, and if they have to go to either the Camden or Campbelltown hospitals, the people in them being decidedly casual about whether they would get it or not. But that’s how it is in New South Wales under the Berejiklian Government, and no one cares! And if you don’t believe us, you just see – if we send a copy of this post to (1) Secretary, NSW Health, Elizabeth Koff, or (2) NSW Minister for Health, Brad Hazzard, or (3)  Premier Berejiklian herself, which we intend doing, we won’t get the slightest indication that even one of them cares, least of all Premier Berejiklian. And the people under them don’t care, because they know that not even one of these three gives a damn! 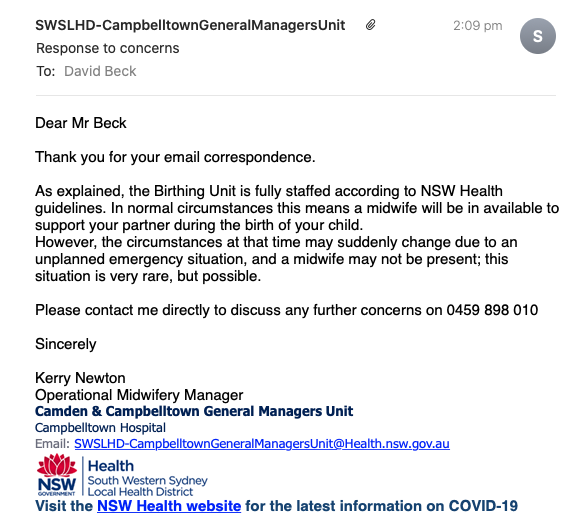 Our response on the same day. 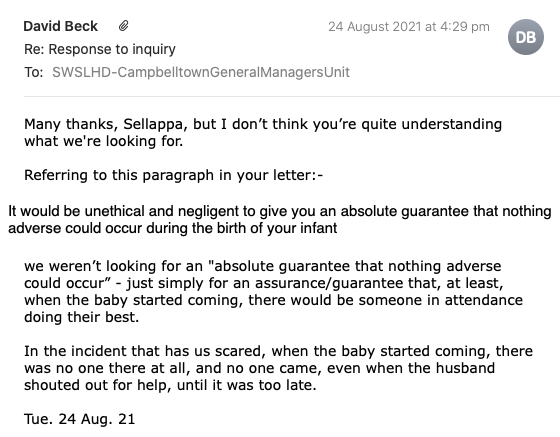 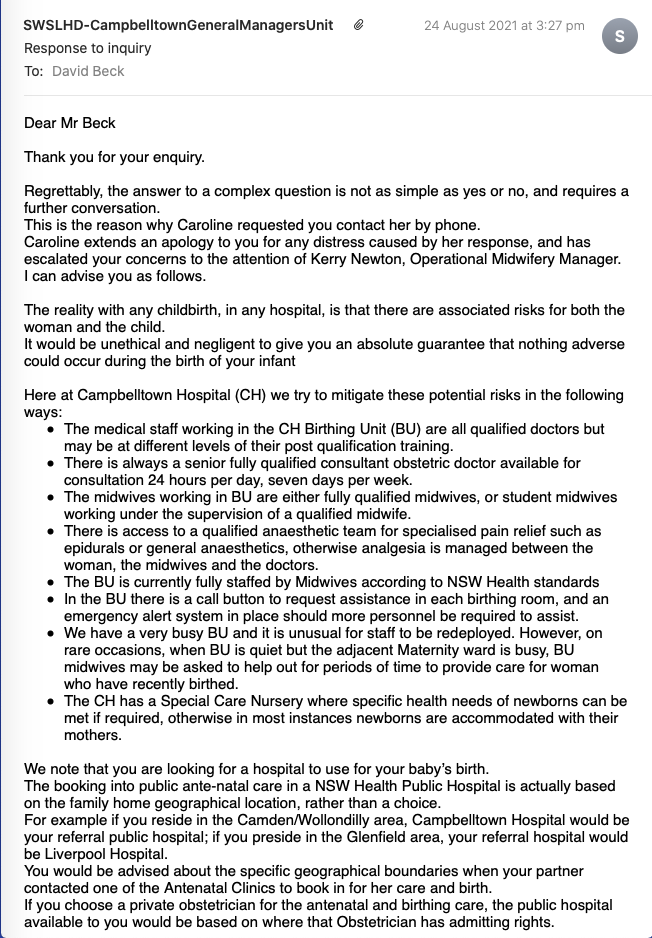 Our response on the same day.

A further response received on the same day. 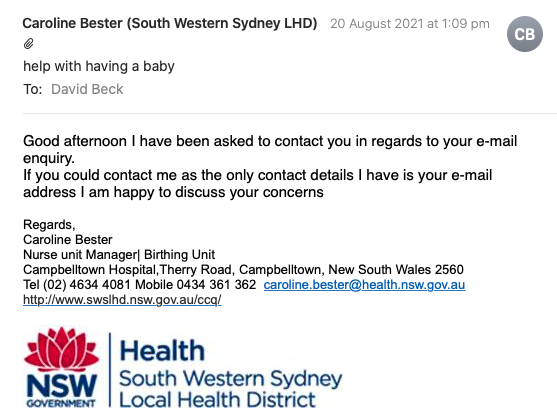 A response received on the same day. 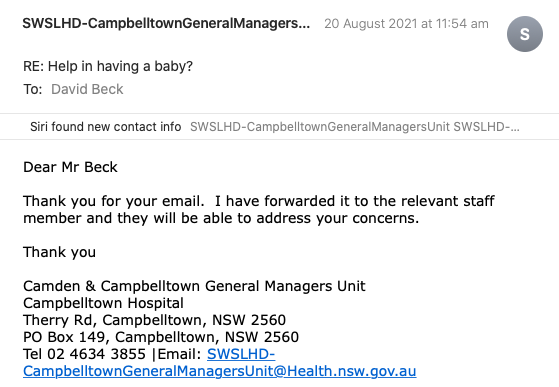 Note this note from Wikipedia. 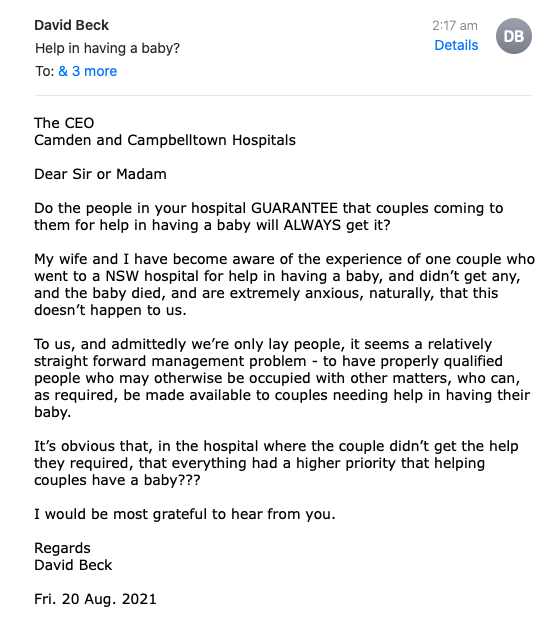